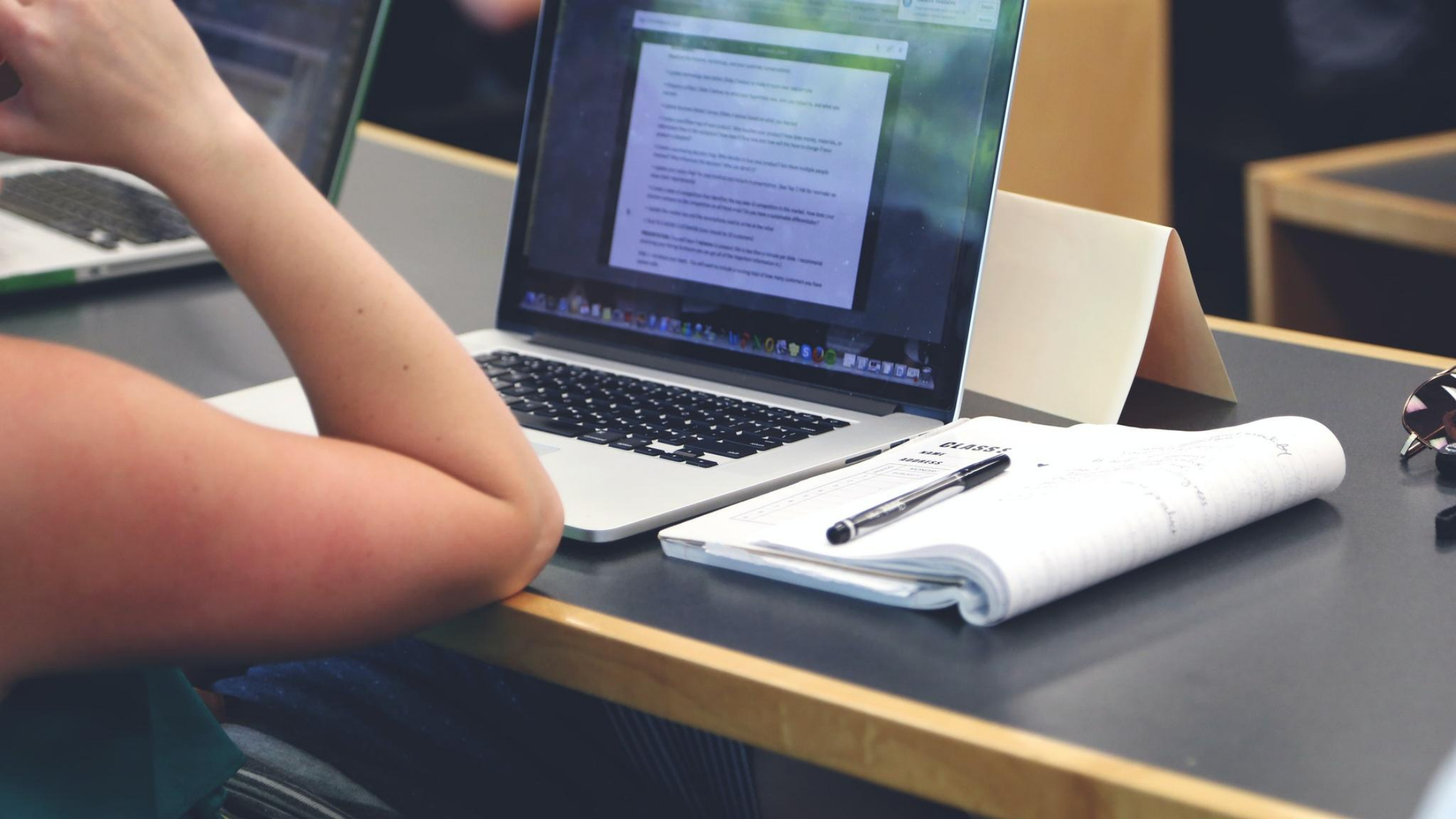 “I am all in the support of Paid Internships, should the interns perform the internally usable or external clients’ billable work,” said Mr. Samran Habib. He also mentioned that the interns should research the most relevant skills/tools of their desired industry and learn it online, before applying for internships.

Aussies would ‘rather work at Bunnings’ than do unpaid internships to gain skills.

Samran Habib was misquoted with the above tag line by www.news.com.au, whereas www.dailymail.co.uk further added its own twist to the story by merely taking the reference of news.com.au article without investigating anything into the matter.

The news also wrongfully alleged and concluded that the internship program initiated by Mr. Habib in Aug 2018 was cancelled because he felt that Aussies were not hard working.

Both the articles also inappropriately analysed that Mr. Habib was misusing the interns for his financial benefit.

What both the articles failed to publish and analyse was that there were 25 other participants in the program, almost all of them were very happy and enthusiastic with their learning, development & progress. Also that all the internees officially signed-up the program knowing that there will be no financial returns to-start-with by participating in this internship program and whoever liked the idea of getting a real-world experience signed-up the program.

It’s important for everyone to understand the detailed story before jumping to conclusions. The below is the account of the whole situation from Mr. Samran Habib’s perspective.

Australia has given me the opportunity to build a successful career and life so I thought this was my time to pay back by offering an enriching training and practical experience program to the youth, but it back fired me and almost demoralized me (initially) to re-conduct this in future.

Q1. Why did you decide to run an intern program?

A. I found the graduates with University degrees with no opportunities to get into their desired jobs because of lack of experience. So I thought that I should help as I was in their place 12 years ago when I had to do 3-4 internships before I could crack into a full-time job. Aussies do their degrees while doing shift work to support their living and education but the dilemma is that they still don’t get jobs after completing their education that easily. Few of my interns were still doing odd jobs even after a couple of years of their Graduation/Master’s because they said they were never given an opportunity and I told them “Here is your opportunity to get a breakthrough”.

Q2. What kind of work did you expect them to do? How many hours per week? What kind of projects did they work on?

A. The format of the program was for 12 weeks in a team of 4-5 interns for 5-15 hours per week while the interns would maintain their existing job/shift work and studies and the interns would work on their own pace at Page 2/5 If you have any questions regarding information in these press releases please contact the company listed in the press release. Our complete disclaimer appears here their own time and for their own number of hours with no compulsion to reporting into office or reporting their hours. Interns were required to work on weekly tasks & learning outcomes and then they would give me their feedback once a week in face to face meeting.

Q3. Was it really an internship or was it work they really should have been paid to do?

A. These were pilot projects which were my raw ideas which I thought the interns could apply their theoretical skills into a pilot project and understand how to craft an idea into a prototype. It was all about learning and development of the participants. The important point is that I did not make any money and there was no intention either to make in the future (apart from the intention to hire some of the brightest of those internees as full-time employees and then engaging them in real money-making business assignments). None of the projects/websites were commercially launched rather those did not even reach at the completion of prototyping stage. The plan was that once the prototype is completed the interns could then, later on, showcase to their prospective employers their original, genuine contribution and to become competitive in the job market or I would hire the most bright out of them.

Q4. How many interns did you bring on?

A. I interviewed about 65 and about 40 showed up in orientation and whereby I clearly explained what was expected, the format, the flexibility of the program and the outcomes as interns and around 14 out of 40 dropped in first two weeks because they felt that they could not handle this program despite its flexibility, while maintaining the work/shifts & studies. Other 26 continued.

A. Individuals who were looking for a break through to enter into the industry and were trying hard in the fields of their education or passion especially in Digital Marketing, Digital Design and Film/Media. B. Recent graduates who could spare 5-15 hours per week on their own and work in remote teams and could still pay their bills as the program being unpaid. C. Graduates who were keen to learn new things and apply their theory in practical world. And/or D. University students who were looking to do mandatory internships to gain credits without studying for the units. E. Preferably Australian citizens in their final year of graduation or already graduated.

Q6. What ages were they?

Q7. Why did you decide to engage interns for this work rather than paid employees?

A. As I mentioned earlier that these were prototype projects and if I needed billable or revenue generating work to make money; I would and have always hired experienced professionals with at least 4-5 years of experience; as the fresh youth/graduates could not generate revenue generating high quality work without appropriate experience.

One would argue if I had intentions of utilising the situation of the interns for my own financial benefit. But the fact is that I approached South Australian Government around mid way through the program and wrote them about this being pilot, and if successful, I would work with the SA State government to help the youth coming out of the universities. Why would I approach the State Government if my intentions were to exploit the youth?

Q8. Why did you cancel the program? How have you looked after the interns since cancelling the program?

A. When news.com.au approached me about 3rd week of Oct, I was disappointed that I was trying to help and was putting my own money, time, energy & efforts and what I was getting back was very demoralising. I wrote an email to all the interns mentioning about the media being involved and then I re-iterated in the email about the program intentions, outcomes and plans and the same email was sent to Newscorp.

Without asking for any hand-over or any pre-requisites (as I had no commercial benefit in it), I decided to cancel the program with the immediate effect. The real question is that if they were doing any real revenue making work then I should have created a hand over plan before cancelling the program. But I cancelled within hours of media approach because I was very disappointed that my hard work and true intentions were taken wrongly.

Q9. NewsCorp has quoted you as saying Aussies are lazy and would rather work at Bunnings than do unpaid internships to gain skills – do you stand by that?

A. I don’t think Aussies are lazy, because there were 60-70% of the interns in the program who were doing their shift work and study and were also taking time to do the internship on their own timing. I guess they could only do it because there was no requirement of 9 – 5 or office reporting or fixed weekly hours or duration. I think Newscorp has taken few words out of my statement without considering the context. I think organisations like Bunnings are doing great job in helping the youth in their interim period of studying and trying to break into their desired careers.

A. Some interns had like 20% skills of what I was looking for and others were very raw in their skills, so I made the interns with comparatively better skills as team leads so they can polish their team & leadership skills and help others as well. With the program those with 20% skills were able to bring up their skills at about 60%- 70% which made them competitive in the job market. Q11. How did you treat your interns? A. I think I have been realistic in giving feedback if they were struggling I would tell them their areas of improvements and request their team members to support those who were falling behind.

Q12. What feedback have you received from the interns?

A. When I informed the interns around media involvement and the program cancellation; I received almost 10- 12 emails from different participants explaining how much they learned & developed and some expressed their sad feelings that the program was being cancelled. This is because everybody was excited to build such practical skills. Some Interns still approached me even after the publication of the article that they would still be willing to up skill themselves and would love to see those prototypes progressed so they can really showcase that on their resumes and benefit from the program.

Q13. Did you consider the Fairworks before initiating such program?

A. I adopted the Internship Agreement template by one of the prominent Universities of Australia and I hosted 4 of their internees as well. I thought that if I follow the rules and the spirit of the agreement I should be compliant.

Q14. Would you run such programs again?

If the employers of such training & development programs are portrayed this way then everyone will be reluctant to run such programs which will limit the chances of any fresh graduate the opportunities to break into their desired professions. Initially, the way I am being harassed and abused online after the publication of that article; I thought I would never try to support youth with training or internship program. But then I re-analysed the whole scenario and thought about the original motivation and I convinced myself that I’ll again try to design a learning program which not only help the Australian youth, but will also give me great chances to hire some bright talent as my full-time employees. The only change which might happen in future (if the program is launched) will be the extra cautious legal/contracting process with the employees which covers all risks on my part.